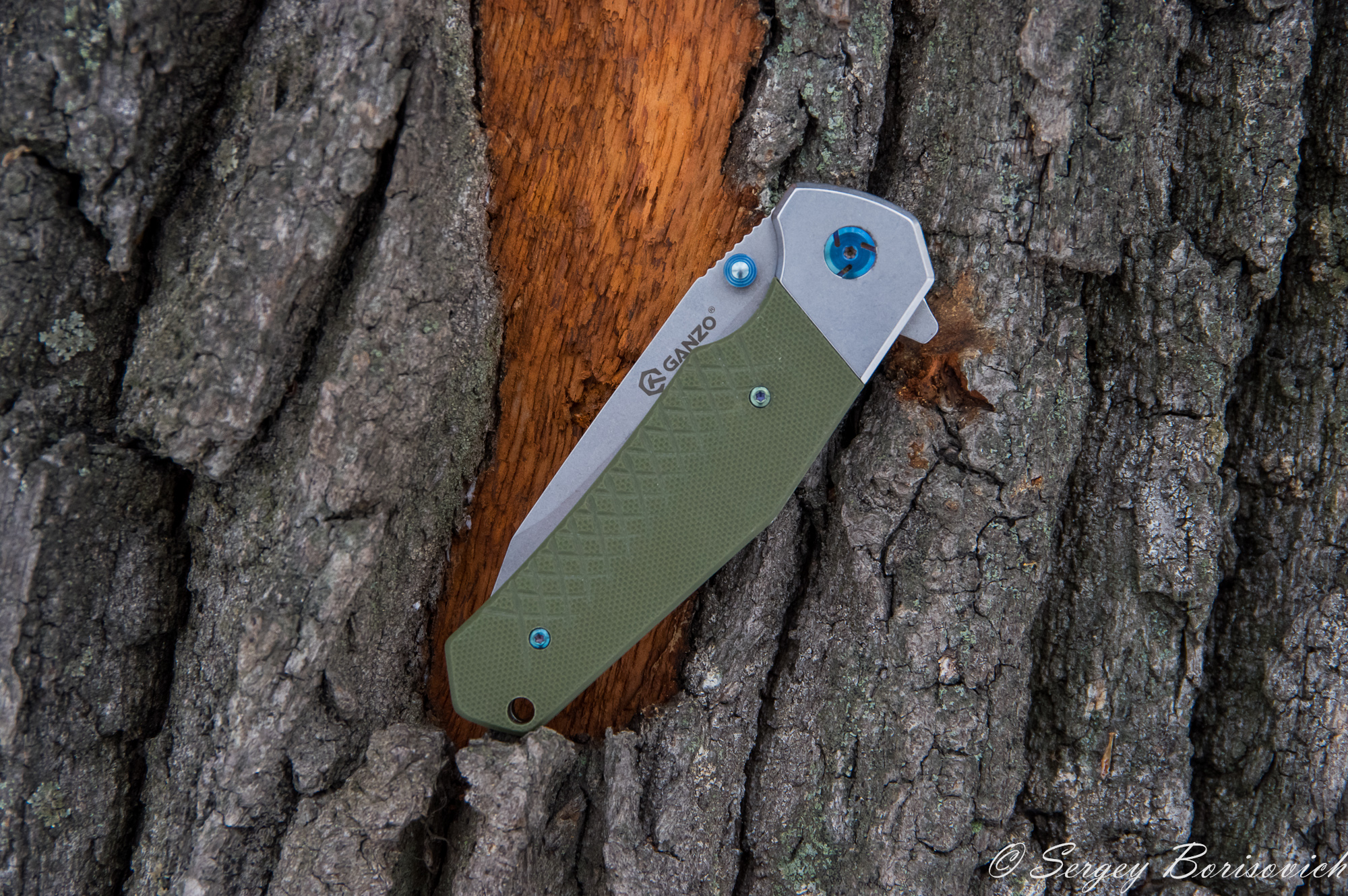 Ganzo G749 FireBird is the same series of practical knives as the G750 and G753. The knife differs in that it has a lock liner, and in addition to it is made a flipper (ledge on the heel of the blade), which is recognized to speed up the opening of the blade.

In a good way, the flipper should be supplemented with a spring that should help the knife to open. There is no such spring and the blade on the axis goes a little tight (on the axle, brass and fluoroplastic washers). If you get used, then you can open the knife with a flipper by setting the initial push of the blade, and then help with a wave of the hand.

Perhaps, if you move the knife, add lubricants, then everything will work better. 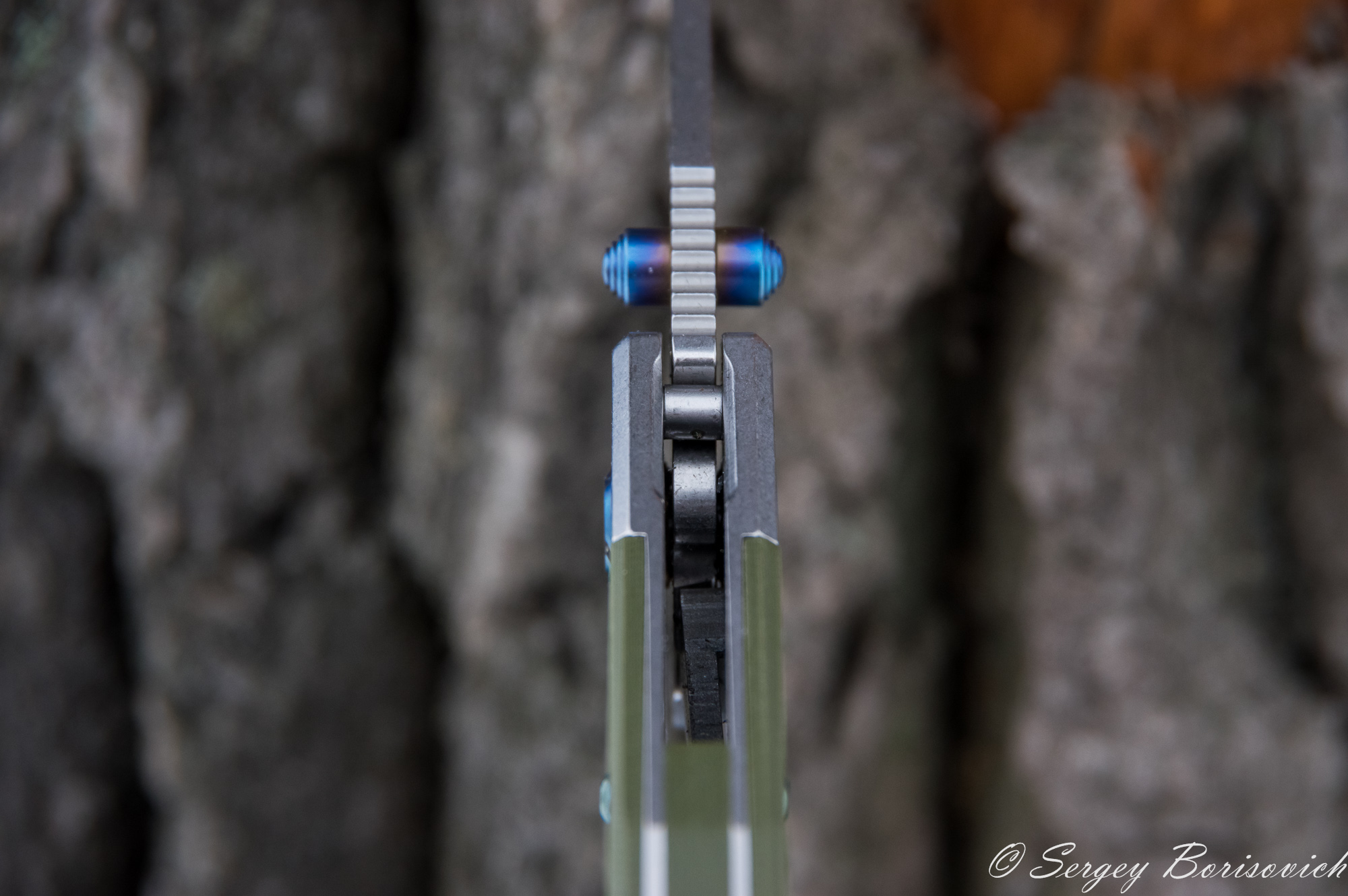 The blade is fixed by the liner lock. There were no problems with him. 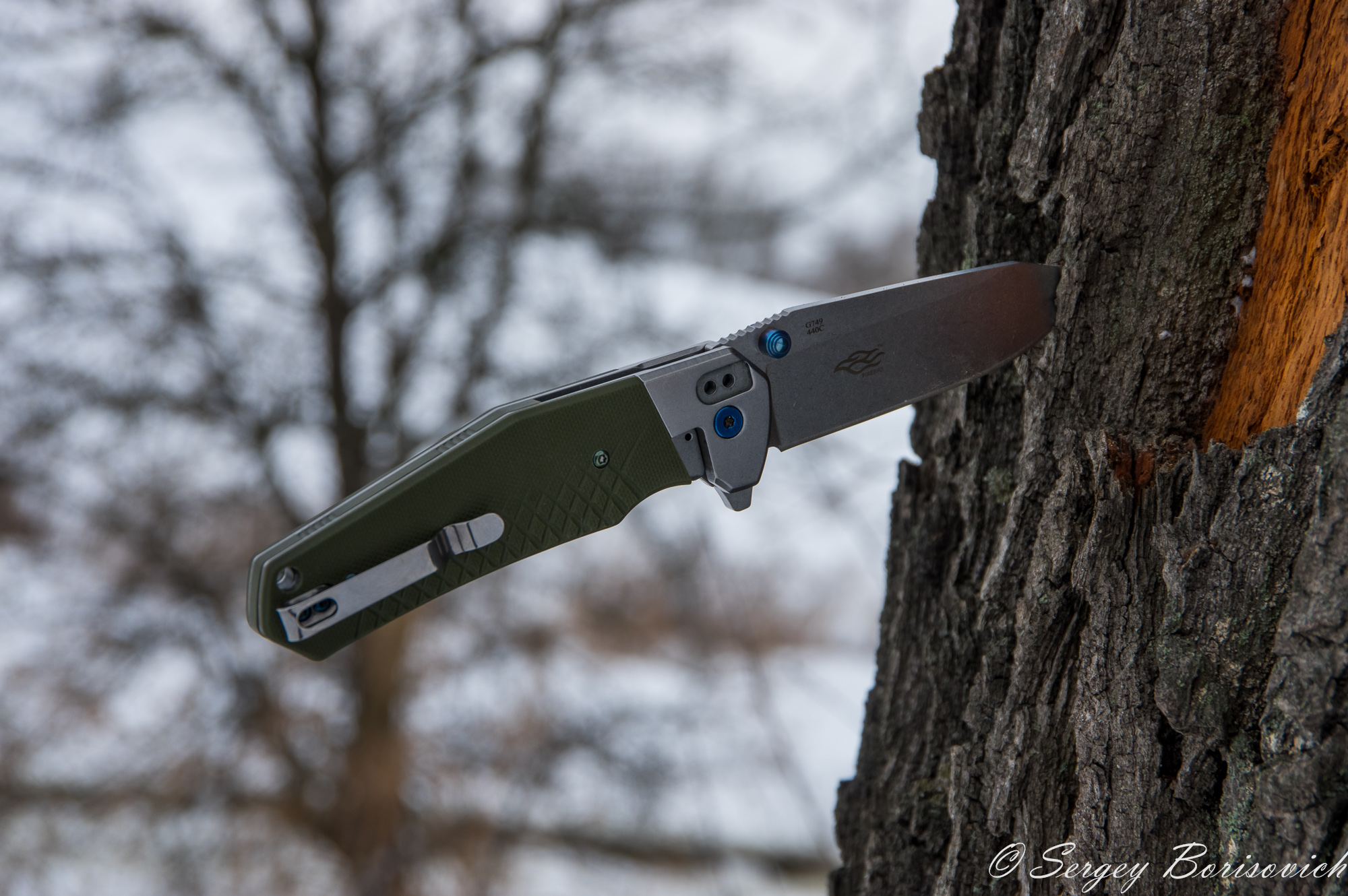 The clip is fastened with two screws, it can also be mounted on the side of the blade axis.

The knife keeps in the hand well, but there is a feeling of some angularity. 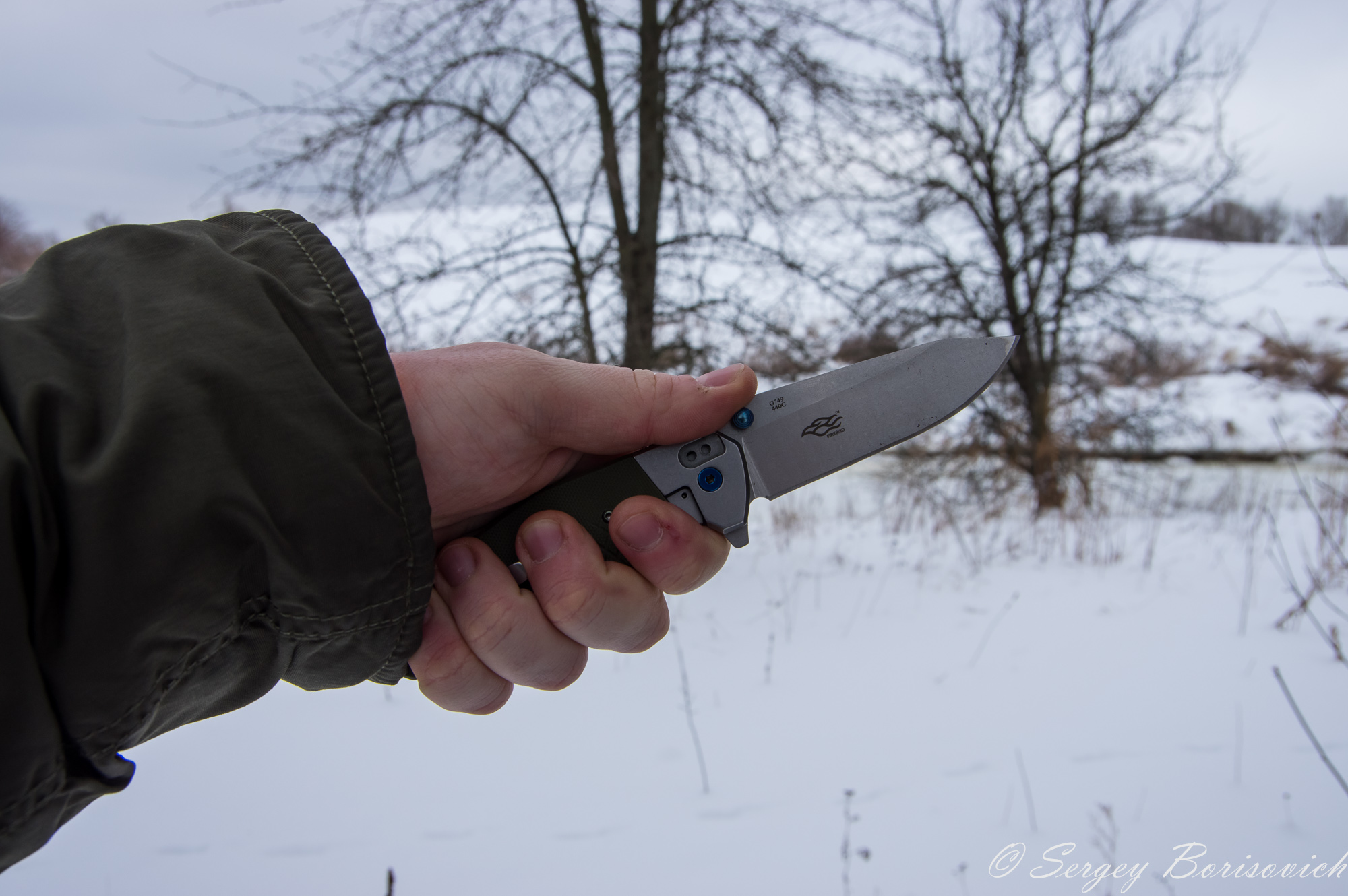 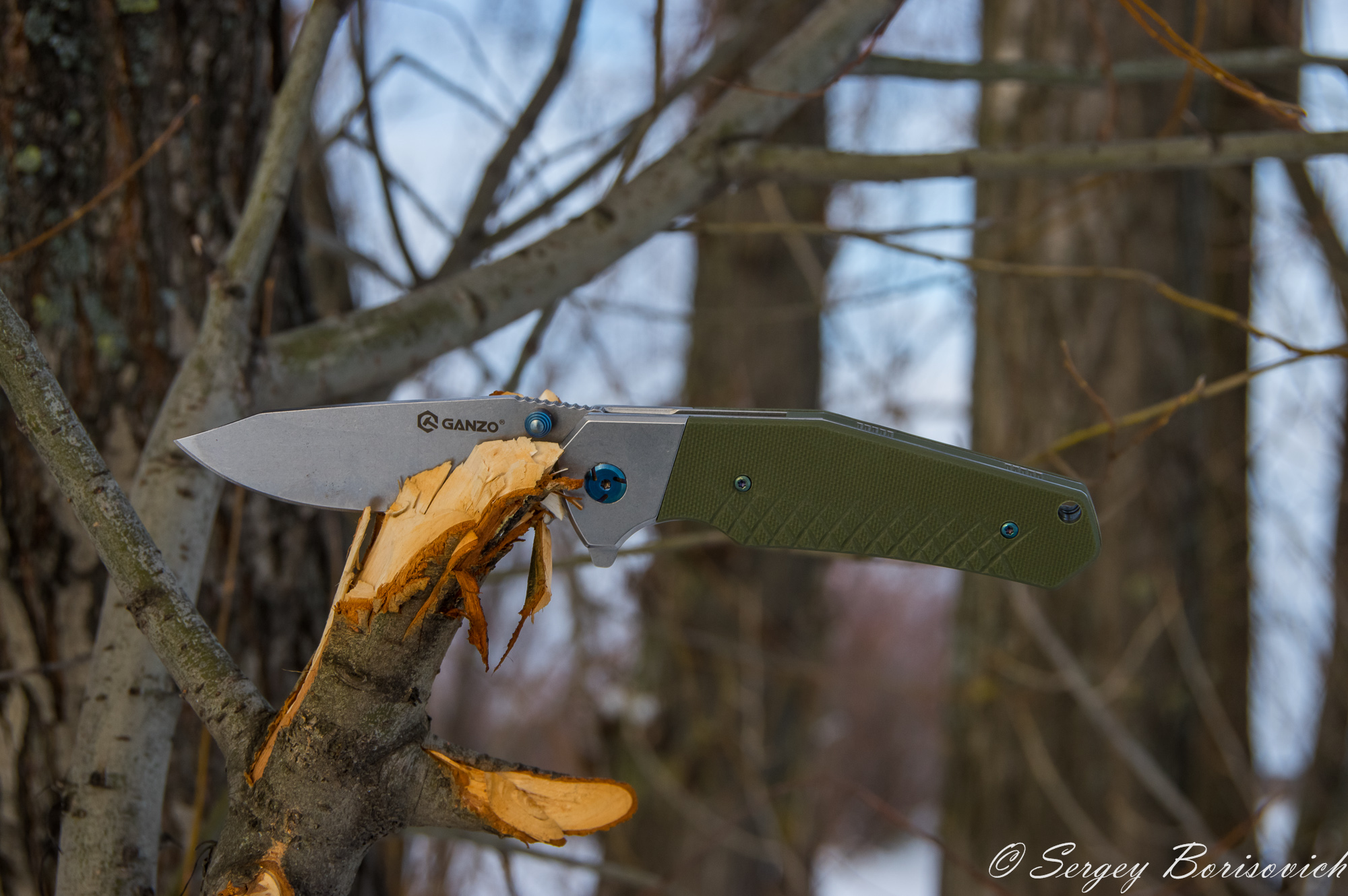 Shape of the drop point blade. The width of his butt is 3.3 mm. The constriction begins only closer to the tip of the knife.

Also there is a backspider that has a minimal notch, but due to this, the convenience of working with a knife immediately increases. Its color coincides with the color of the overlays. 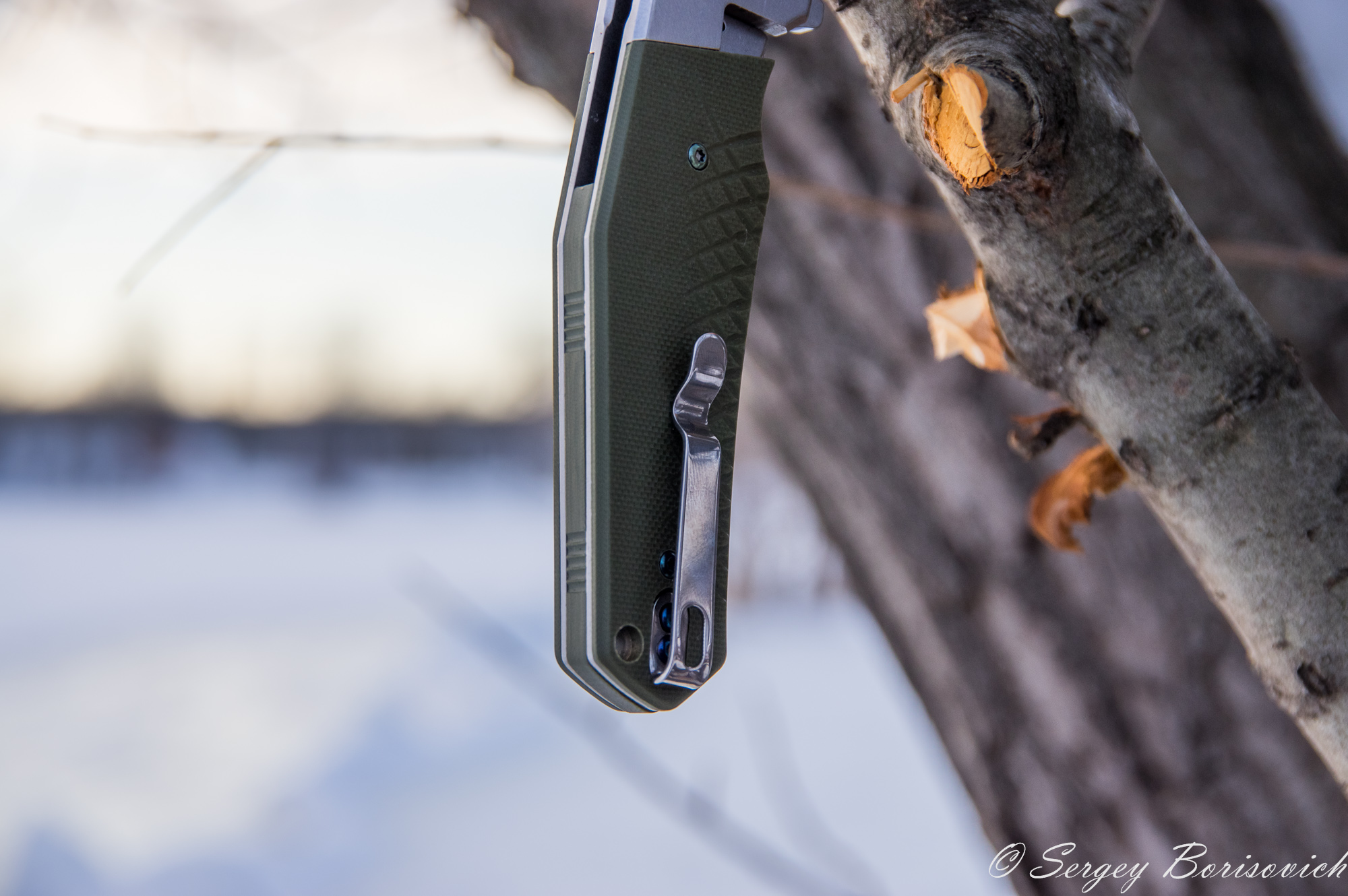 The knife after the test left a mixed impression. It seems that there is nothing to complain about, but opening with a flipper does not justify all expectations. The knife on design is rather brutal due to angular shapes. Again, design is a strictly personal matter.